This waqf known by the Date House is for one service: paying ransoms of any war captives. The waqf was donated by al-Qadi al-Fadil Abdul Rahim al-Bisani, Saladin’s minister (died 556 H / 1199). It consisted of a big number of storehouses, houses, shops, and other properties that was rented and generating revenues. 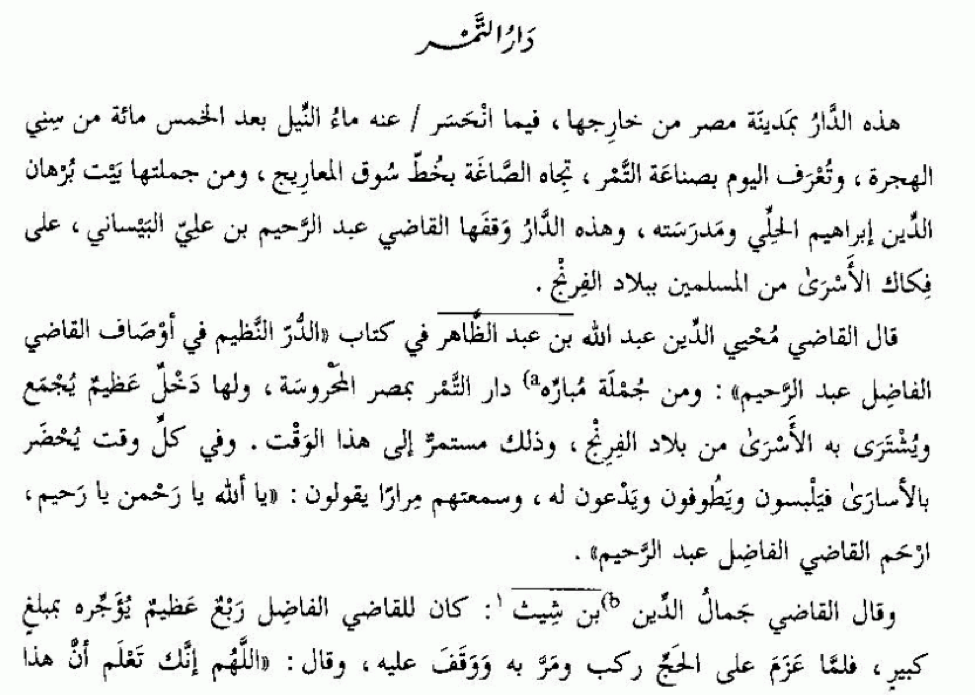 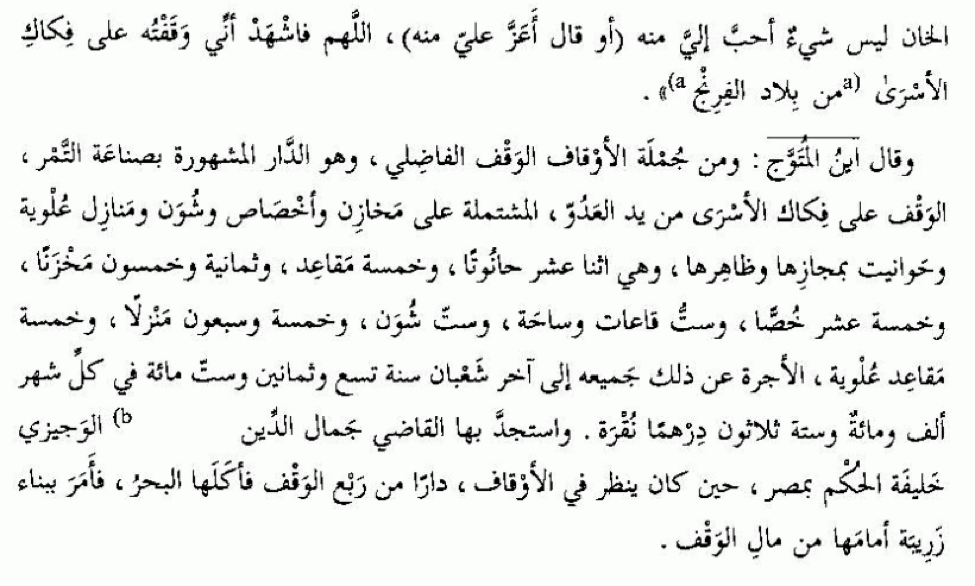