The Rosetta Stone, written in three languages, helped unlock hieroglyphs of Ancient Egypt and opened their world to us. In the form of a rock stele, found in 1799, it dates from 196 BC during the Graeco-Roman period in Egypt and contains a decree of King Ptolemy V which includes endowments made by the King to various constituents of the state, priesthood, soldiers and others as a quest for eternity.

9. “Inasmuch as the King who is beloved by the gods, the King of the South and North Neterui-merui-ȧtui-ȧua-en-Ptaḥ-setep-en-usr-ka Rā ānkh-sekhem-Ȧmen, the Son of the Sun Ptolemy, the ever-living, beloved of Ptaḥ, the Gods who have made themselves manifest, the lord of beauties, hath given things of all kinds in very large quantities unto the lands of Horus and unto all

14. “and he hath forgiven the prisoners who were in prison, and ordered that every one among them should be released from [the punishment] which he had to undergo. And His Majesty made an order saying:—In respect of the things [which are to be given to] the gods, and the money and the 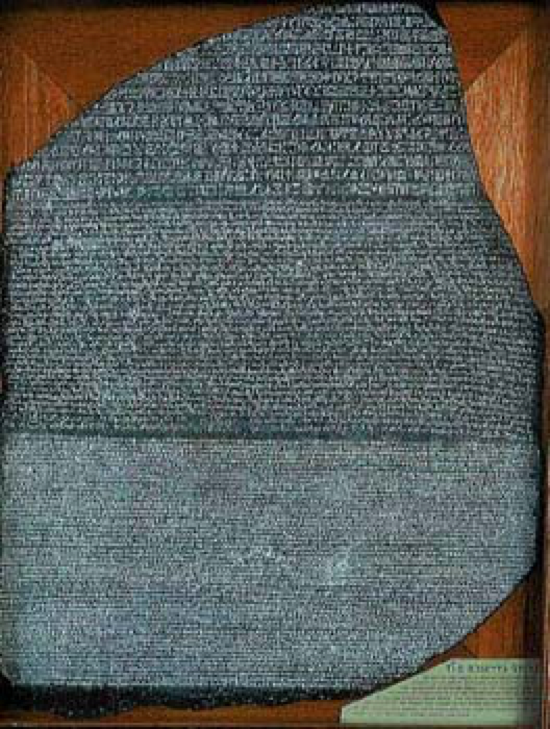