Waqfs can be as specific as one palm-tree whose produce went to support individuals or to the poor. This document is from 1200 c. H. Madina. Here the word used for waqf is sabl. Other examples also from Gulf could be found in Bahrain, published by Ahmed Mubarak Salem. 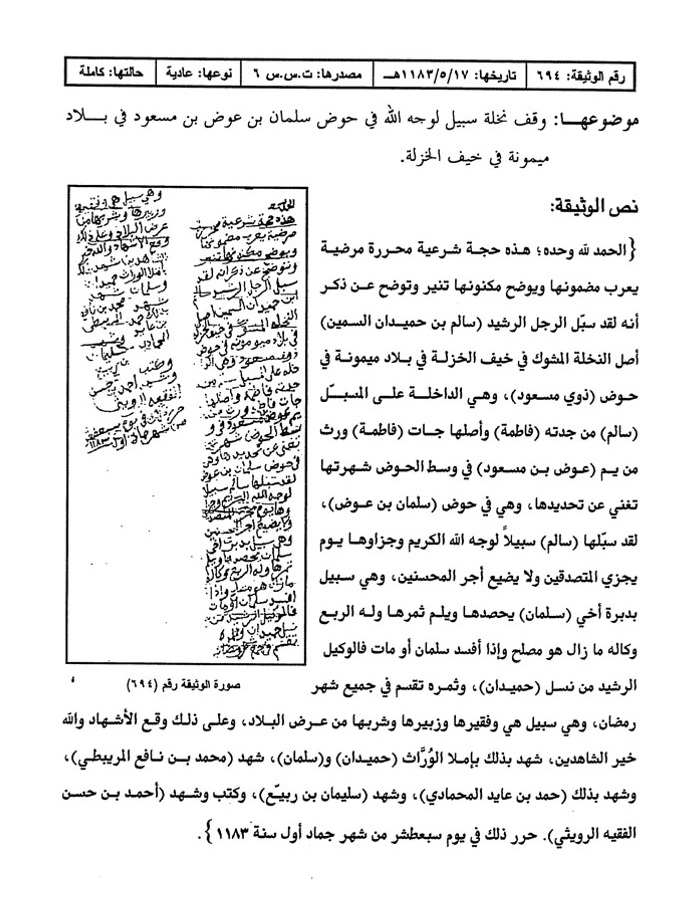