“The University of Pennsylvania was excavating in Nippur (Iraq) from 1889 until 1900 and during that time they discovered thousands of clay tablets. This map may have been discovered at that time, but its importance was not recognized until quite some time later.”

Babylonian tablet measuring 18 x 21 of“possibly the earliest known town plan drawn to scale[1]” concerns the town of Nippur, the ideological center of the Sumerian Empire, the strongest empire of its age dominating Iraq and the Arabian Gulf. 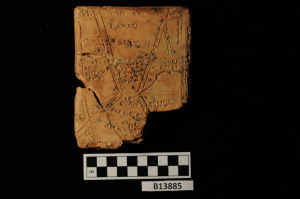 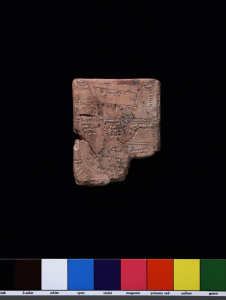 Source: Babylonian Expedition to Nippur, 1900, University of Pennsylvania Museum of Archaeology and Anthropology”