“It began in the middle of the seventh century (650 A.D.) and survives till today in Mauritania and Sudan, summing up 14 centuries rather than four as for the Atlantic slave trade. Although estimates are very rough, figures are of 4,820,000 for the Saharan trade between 650 and 1600 A.D., and, for comparison purposes, of 2,400,000 for the Red Sea and the Indian Ocean trade between 800 and 1600 A.D. [16]. Notwithstanding the thousands of kilometers along the edge of the Sahara, the Red sea and the East African coast, from where slave exports came, there were relatively few export points, concentrating geographically the impact of the trade.

Black slaves were brought by Berber and Arab merchants mainly to actual Morocco, Algeria, Libya and Egypt through six main routes that crossed the desert (Figure 1): one went north to Morocco from ancient Ghana (at present southeastern Mauritania and Western Mali); a second brought slaves to Tuwat (southern Algeria) from ancient Timbutku (Mali); a third passed from the Niger valley and the Hausa towns through the Air Massif to Ghat and Ghadames; a central route linked Lake Chad region to actual Libya (Murzuk), being one of the most important in slave commerce as it offered oases at regular intervals that could satisfy the caravan’s needs; in East Africa, the slave caravan followed mainly the Nile River from actual Sudan (Dar Fur) to Egypt (Assiout); and a sixth passed north from the confluence of the Blue and the White Nile to Egypt. Some of these routes were interconnected: the routes north from Timbuktu went to Morocco, Algeria, and Libya; while the Dar Fur-Egypt route connected with the route north from the upper Nile valley.” 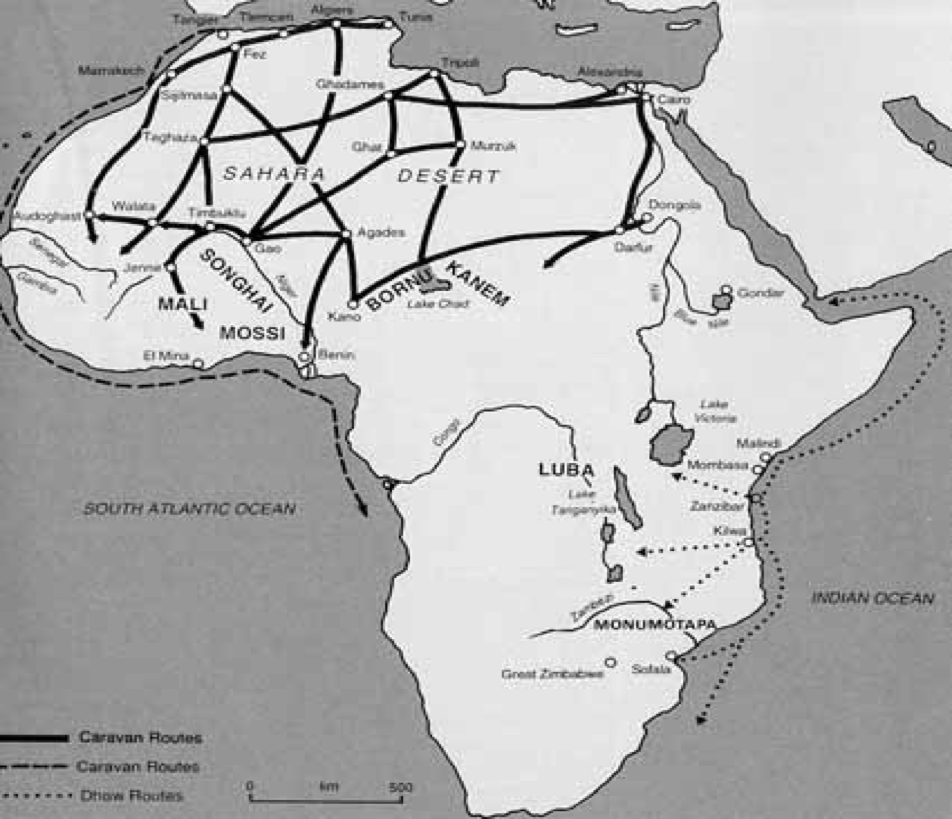 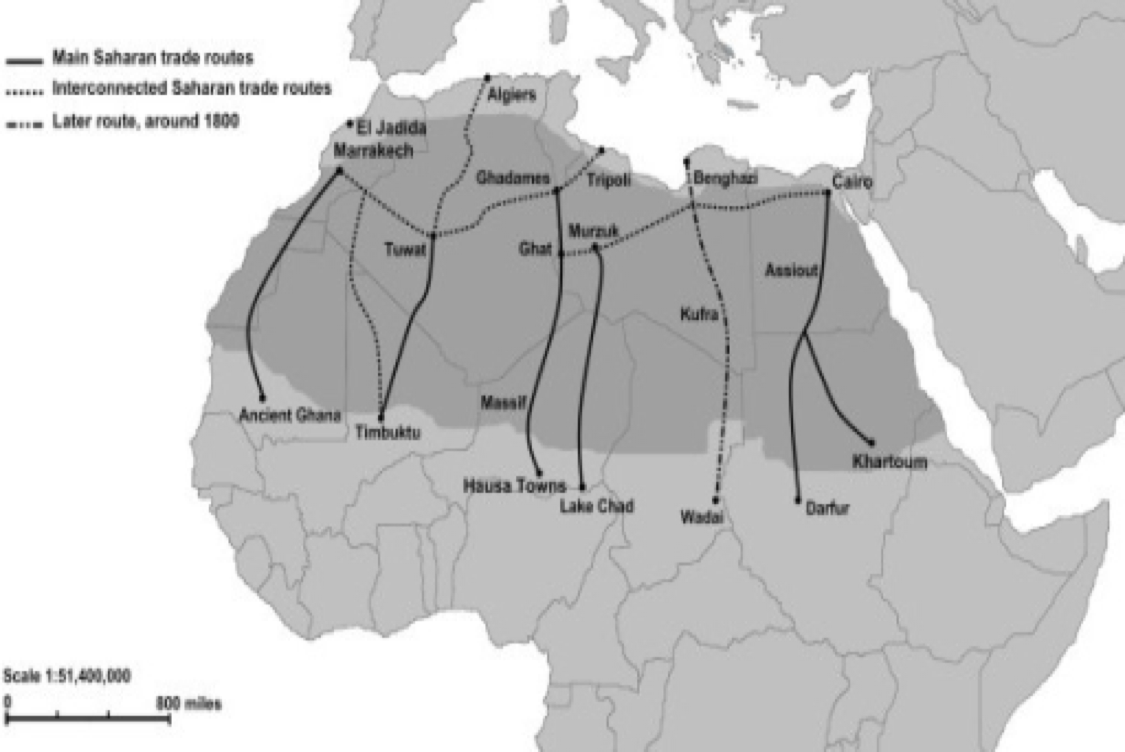