The Portuguese prince, Henry the Navigator (1394-1460), often described as the initiator of the European “Age of Discovery”, was a sponsor of cartographers and had particular interest in Africa and its western shores. With developments in ship-building, new maps and knowledge and technology of sea-faring, Portugal began discovery of the western seacoast of Africa, reaching all the way to present-day Sierra-Leone and setting the precedent for the future European voyages that would round the Cape of Good Hope into the Indian Ocean.

In this map produced for the Prince, the “IndianSea” is added to what is basically the original map of Ptolemy. 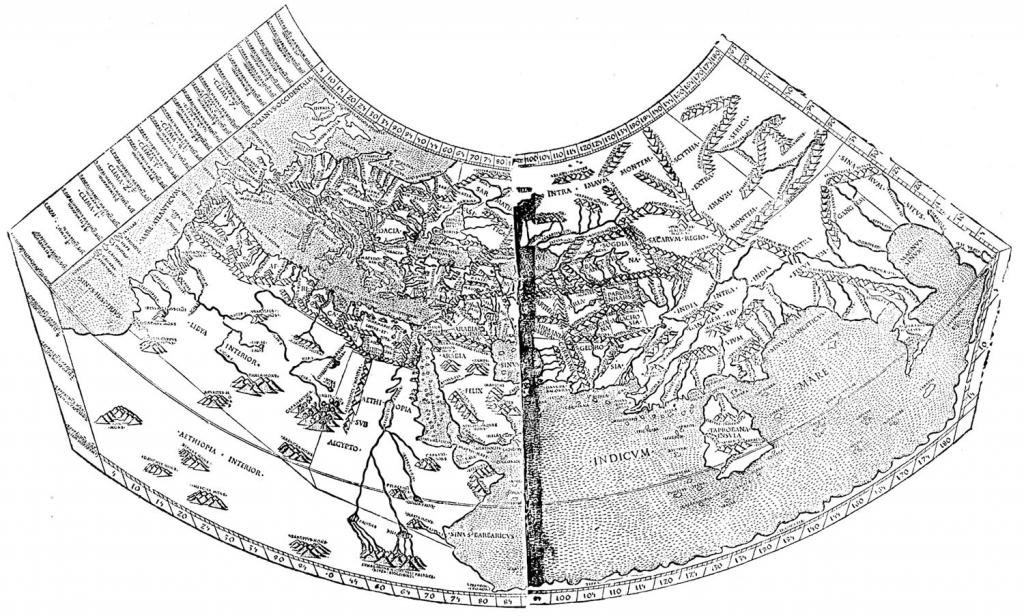