The above is a “modern Mercator projection map” based on a map of 1569 by the Flemish Gerardus Mercator. In this famous map, the center of interest is the Atlantic and the mathematical calculations used for this map projection resulted in the minimization of landmasses particularly Africa. Because of its usefulness for navigation, allowing for the measurement of angles and drawing of navigation lines, this map became the prototype for world maps, improved upon but kept basically with the same spherical projection.

This has meant that the continents and their size, conveniently drawn for the purpose of a spherical map that would assist in navigation, became at the same time the basis for knowledge regarding the sizes of territories and their mass size compared to one another.

This has been disputed by Arno Peters and several scholars. In 1973 Peters described the Mercator Projection as “not only inaccurate, but downright racist.” And he presented a different map of the world which showed the actual sizes of continents showing Africa to be actually the largest continent of the world rather than the tiny one similar in size to Greenland that the Mercator Projection showed.

A good YouTube presentation of this issue can be found at https://www.youtube.com/watch?v=CPQZ7NcQ6YQ 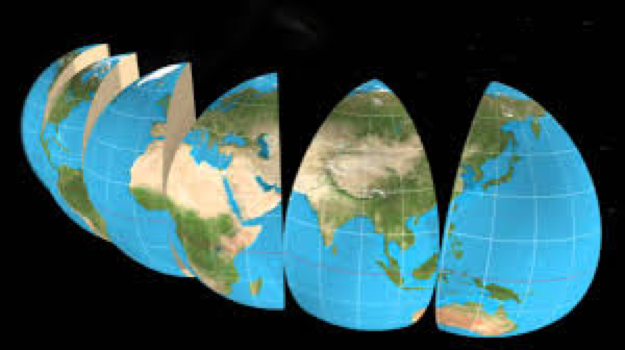