While early travellers were mainly interested in mapping the Indian Ocean for the sake of documenting their journeys and charting navigational routes for other travellers, during the late 20th century there emerged an increased interest in the region from a security perspective. The Perry-Castañeda Library at the University of Austin Texas is home to an Indian Ocean map collection that was produced by the Central Intelligence Agency (CIA).

Most of the maps were taken from the 1976  Indian Ocean Atlas. The maps show detailed drawings of  the islands, dhow ports and flow of weather patterns. The recent cartographic shift in mapping the Indian Ocean demonstrates that interest in the region extends beyond the cultural, economic and social and extends into the realm of the militaristic and strategic. 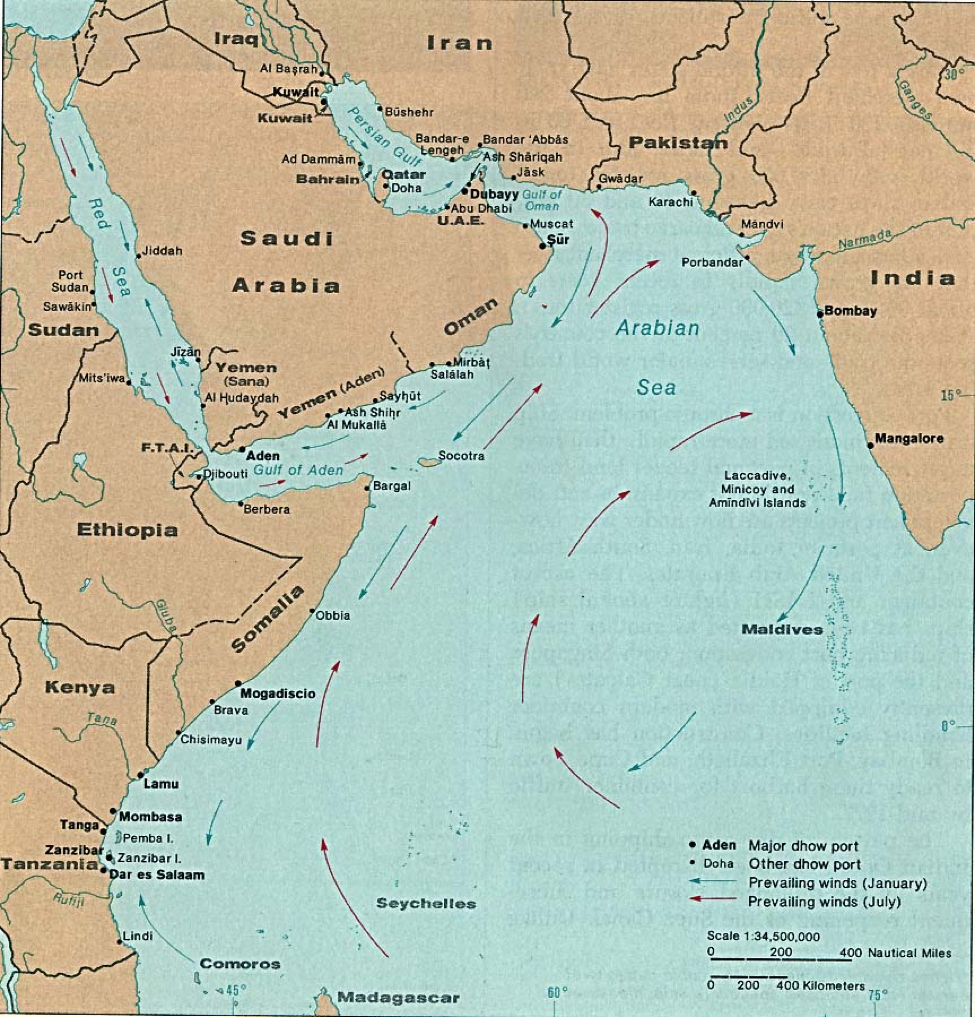