“Purchased from a Shanghai dealer in 2001 by Liu Gang for a mere $500, the map shows the world—including a well-developed picture of North and South America. While text on the map indicates it was drawn in 1763, it claims to be a copy of another map drawn in 1418. the original map was cited as belonging to the great Chinese explorer, Zheng He, whose known travels include India and eastern Africa. However, thanks to numerous errors and anachronisms, the map’s authenticity has been called into question.” 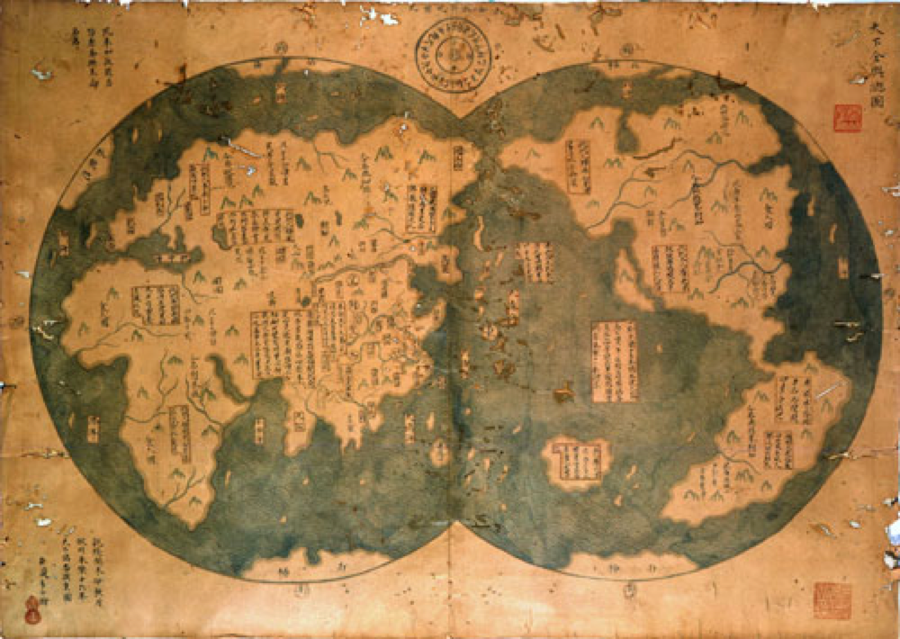