Described as “the earliest surviving map of the world”, this tablet provides the first known prototype representation of a circular world surrounded by water that would come to dominate the world maps of the Classical period. Dating from 600 BC, the Babylonian map traces central cities of that period:  “Assyria, Urartu and others. They in turn are surrounded by a “bitter river” (Oceanus), with seven islands arranged around it so as to form a seven-pointed star. The accompanying text mentions seven outer regions beyond the encircling ocean.” 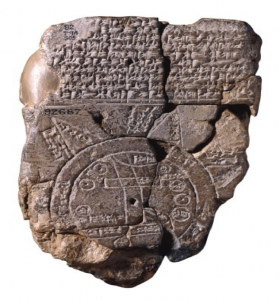 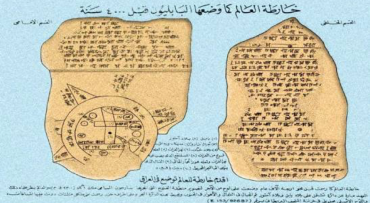